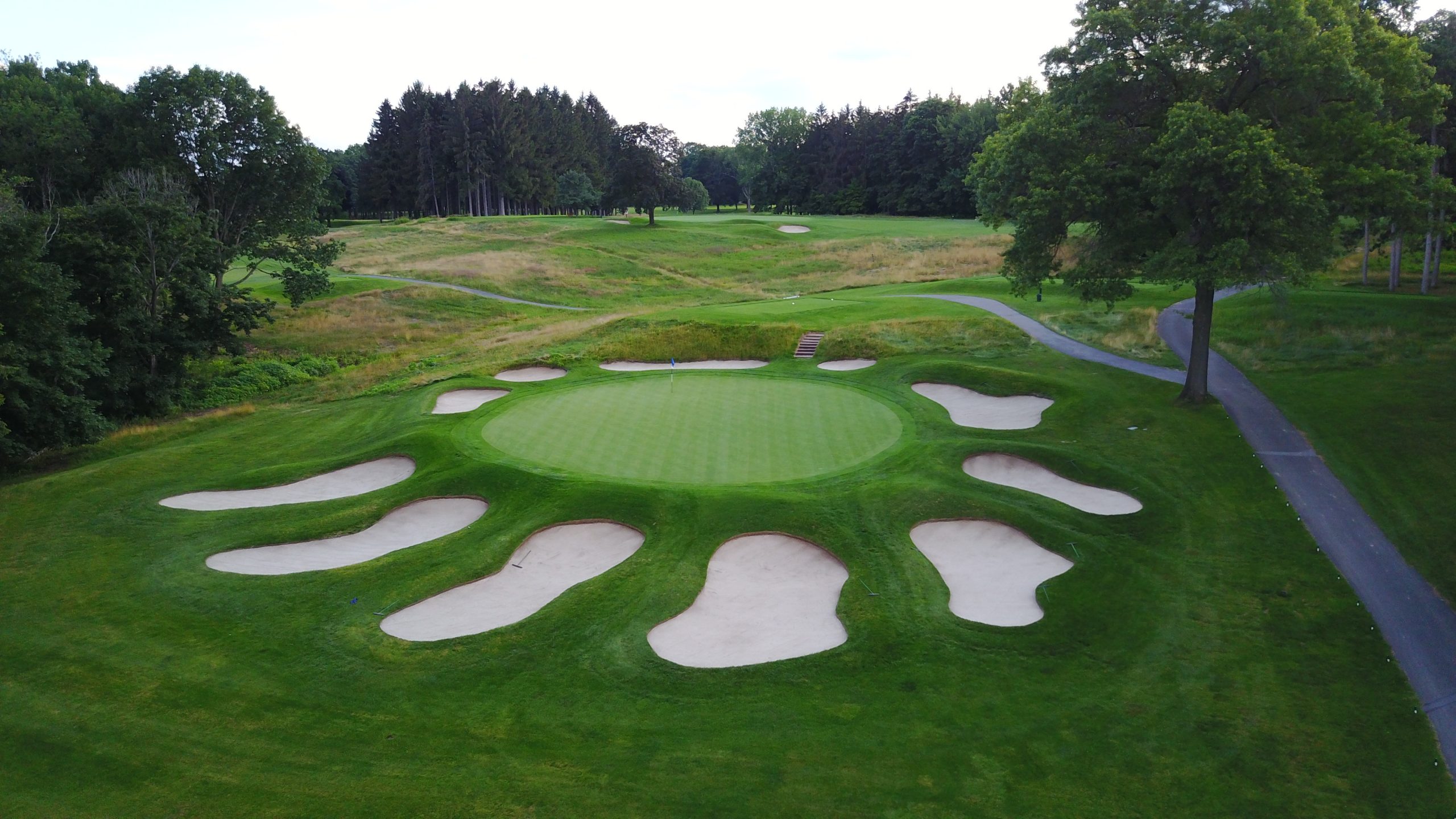 Andy Eick grew up on a dairy farm in the village of Medina, near Buffalo, NY. With his dad’s encouragement, teenaged Andy decided to look for a job and found one at Shelridge Country Club. He discovered that caring for grass was similar to caring for the corn on his farm (both being monocots). He also realized how much he loved being outside.

When it came time, he decided to attend Purdue University, where he played Division 1 rugby and studied Turfgrass Management. During college he also interned at the just-opened Bridge Golf Club in Long Island and the Quechee Club in Vermont. From there, he was an assistant superintendent at the parkland Walpole Club and windy, seaside Kittansett Club in Massachusetts. Then he went to the Locust Hill Country Club in New York, which hosted the LPGA championship multiple times.

Finding Your Recipe: Learning from Experience

“I strategically tried to pick different experiences at each place I worked to fine-tune my skills, says Eick. “Working on a golf course is like an apprenticeship. It’s like making chili—everyone’s got their own recipe, but it’s still chili. You learn what you like and don’t like, and you eventually make your own recipe.” He came to Mohawk Golf Club in 2014 as a superintendent; he is now their director of facilities and agronomy. Mohawk has a rich history. Established in 1898, it boasts 200 acres including a Devereux-designed championship course and a tudor-style clubhouse. It’s the perfect venue for Eick to perfect his “recipe.” One piece of that recipe includes finding up-to-date ways of measuring soil temperatures.

Eick was drawn to the Spiio sensor initially while trying to dial in moisture readings. With help from the Spiio team, they successfully tuned the sensors into what their TDR readers were saying. He appreciates that he can get a quick snapshot of the moisture on his turf, especially in difficult areas.

“I’ve got a green that’s the problem child here. Every course has a green that’s a thorn in their side. I put sensors there so I can always see what’s going on.”

In addition to moisture readings, Eick has learned that Spiio sensors can help guide decisions by measuring soil temperatures. These readings guide chemical application timing decisions, helping maximize turf disease response. For example, this is Mohawk’s first official spring with Spiio. “We’ve been tracking and found that even though we’ve had some warm days, the soil temperature hasn’t risen yet. We’re just not there yet for those applications. We’re close though.”

Clients like Eick who use Spiio consistently commend how easy it is to install and use. He also comments that the app is “super clean and timely.” He values having the data right away on his phone, and he’s excited to do more with it. For instance, he’s expecting a lot of rain soon. “I’m curious to see the trend of how things dry out when we get heavy rain.” Patterns like these are extremely useful, whether measuring soil temperatures or moisture.

For Eick, the value in Spiio sensors lies in this kind of quantified data.

“It takes the guessing nature out of it. People and weather are the most uncontrolled forces in the world, and we have a perishable product. We were getting lots of diseases. I have to try to time my applications to help with these.”

“We’re always looking for having tools in our toolbelt as we manage our property.”

With his varied experience, Eick has learned never to stop learning. Spiio sensors are the latest ingredient in his recipe for turf care, and the flavor is only getting better.

Spiio Integrates with Google: Integrate Spiio data into your existing spreadsheets for personalized reports and dashboards.