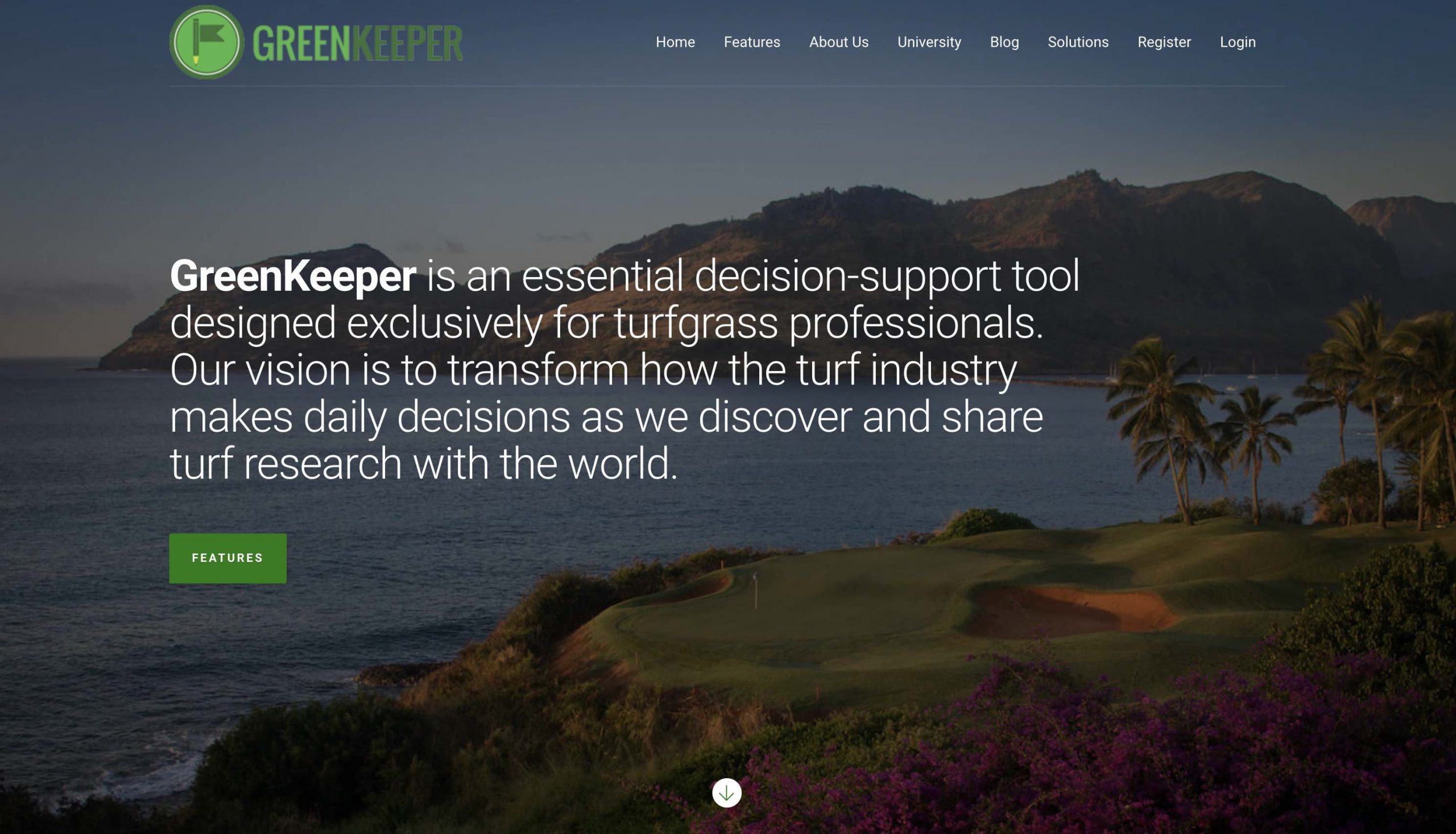 The GreenKeeper app is a decision-support tool in the turfgrass industry designed to help superintendents and field managers make the optimal decisions for their turf in applying chemicals, pest control, watering, and other agronomic tracking. GreenKeeper was originally developed at the University of Nebraska-Lincoln and has continued to grow from there. It is now the leading decision-support tool in the industry.

From Lab to Turf: GreenKeeper as a Research-born, Research-led Tool

The founders of GreenKeeper, Dr. Bill Kreuser and his partner Dr. Doug Soldat, are professors at UNL and the University of Wisconsin, respectively. They have both earned master’s degrees at UW and doctorates in horticulture at Cornell University, and now these two professors have put their years of work in the lab to use in creating an platform that allows professionals in the turfgrass industry to access their research—as well as other existing research in the public domain—in one user-friendly interface. The web-based app includes product tracking and application logs, nutrient management, a performance tracker, pest outbreak models and pest reports, weather reports, and more.

Recently, GreenKeeper partnered with Spiio. Spiio’s open-design interface allows it to easily integrate with other platforms, and this particular match is one that adds tremendous value to both Greenkeeper and Spiio customers. “[Spiio] seemed like they had a really streamlined product that made a lot of sense in the golf and sports turf market,” Dr. Kreuser says when discussing the decision to partner. In particular, he was attracted by the prospect of using Spiio data with the turf disease models in GreenKeeper. Spiio, in turn, had been looking for an opportunity to align themselves with university researchers that could best interpret their data to create actionable Spiio data for their customers. After reaching out last year, Dr. Kreuser could immediately think of about a dozen models that GreenKeeper could make accessible to Spiio data. Right now, they’re ready for Spiio data to help optimize their predictions of soil-borne diseases such as summer patch and brown patch. Eventually, they’re planning to pair it with herbicide models for crabgrass and other weeds, as well as root health models and models that give guidance on soil moisture and watering. These predictive models will become an industry-leading standard that will change how many execute their agronomic plans.

“The thing that makes GreenKeeper and Spiio useful,” says Dr. Kreuser, “is that it makes it easier for clients to get good information instead of having to enter data from hand-held devices and then make their best guess at what to do with the data. Now, our models can have data fed to them constantly from Spiio sensors.” This combination of real-time data and research-proven models is golden for making decisions about turf.

Book a demo here for a personal introduction to the Spiio/Greenkeeper integration.

The Trenton Thunder Adapts to the Challenges of 2020 with Spiio’s Help:

Silver Linings: Optimism in the Golf Industry and the Opportunity to Invest in Spiio Data